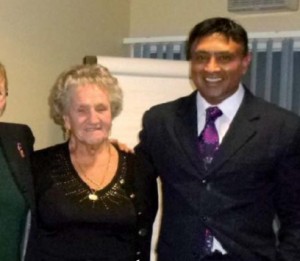 The average person retiring in Britain today is looking forward to a meagre annual income equating to almost 24% of the minimum wage according to a recent report. Not only are retirees having to deal with this sharp decline in their income, but many are still dealing with debt too.

The traditional pattern was for people to have paid off their mortgage by the time they leave work, but this is no longer the case with 7% of those questioned still dealing with an outstanding mortgage. On top of this, 12% have outstanding credit card debt and 5% report being overdrawn.

One pensioner is now turning her situation around. Silver Distributor, Elizabeth Mennell has started her own Kleeneze Business despite health problems and the 83-year-old is quickly becoming an inspiration to all who hear her story.

“I had my right hip operated on for the third time in February 2012, but I found that it wasn’t healing as expected. I had to give up my job and a year in, I was really desperate for funds, as my weekly income was cut by two thirds.

I only had my State Pension to live on and applying for help, I was given £24.45 Pension Credit, giving me a weekly income of £153.24. I cut all my direct debits that were unnecessary, but I still couldn’t cover my outgoings each month. I was paying £20 for every cheque that was re-presented and was getting progressively further into debt.

At the time, I was a Kleeneze customer and had become friendly with my Distributor. One day, I decided to telephone and ask for information about becoming a Distributor. I joined in April 2013 and slowly put out 25 catalogues a week. This was all I could manage at the time because of the pain from my hip.

I am gradually building my customer base, which has now reached approximately 80. Although I am still in pain, my walking has improved and I can now drop 100-150 catalogues with the help of my walking aid.

I hit 10% in October. It may be small, but it’s a start. I try to go to all of the meetings and Business Opportunity Meetings. I get inspiration from them all.

Although I am still short of funds, I have met some lovely Distributors and customers and one day, I too will be going on a five-star Destination courtesy of Kleeneze!”